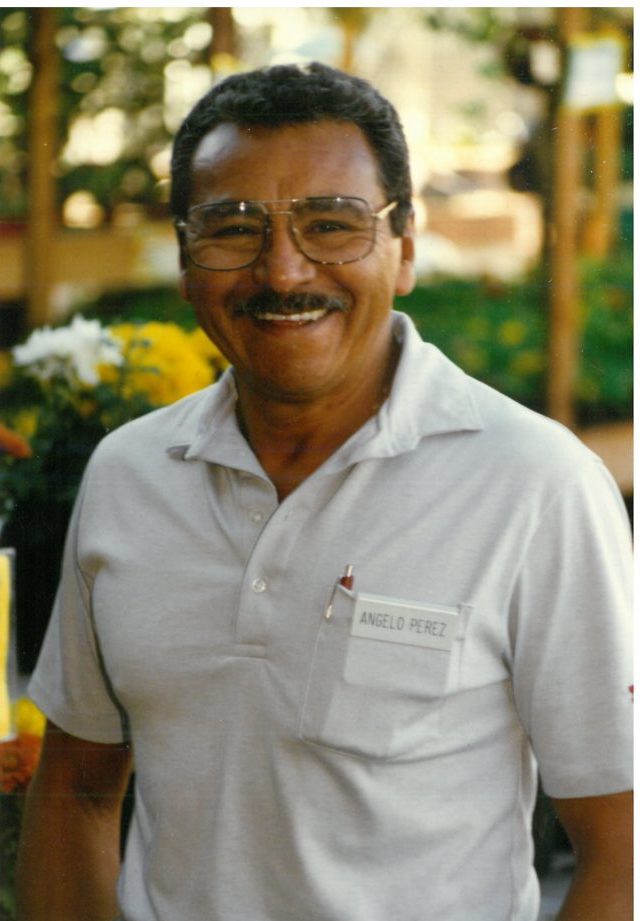 July 23, 1929 – November 19, 2022 Elk Grove, Angel Perez, known to many as Angelo, passed away peacefully at the age of 93, on November 19, 2022, in Elk Grove, California. Born and raised in Sacramento, he attended Sacramento High School and shortly after joined the National Guard where he became a sharpshooter and served as a medic for almost 10 years. Angelo had a 34-year career at McClellan Air Force Base retiring as a civilian aircraft mechanic manager earning awards and accommodations over the years. He was also a talented musician who played the vibraphone (vibes) and marimba and became a member of the Musicians Union, Local 12, circa 1959. He played for many years with the George Lunetta Quartet and other groups in different venues around town including Arthur Murray Dance Studios, and Acapulco, Tropicana, Zombie Hut, Ranch Wagon, and Quinta de las Rosas night clubs. He was so well recognized that he entertained for Walter Mondale’s presidential campaign at the Firehouse in Old Sacramento in 1984. Angelo was a long-time member of the Elks Lodge, #6 and a third-degree member of the Monsignor Raymond Renwald, Council 7241, Knights of Columbus in Elk Grove. Angelo was also a skilled wood craftsman. He spent hours in his garage making piece after piece of furniture that adorned the family homes. Angelo is survived by his wife, Alma of 70 years, his three sons Thomas (Lupe), Daniel (Karen), and Mitchel (Jackie), daughter Andrea (Jesse), and numerous grandchildren, great-grandchildren, nieces, and nephews. Angelo and Alma shared many wonderful years together keeping beautiful homes and gardens, practicing their Catholic faith, traveling, and celebrating holidays with all the family. A memorial service will be held Monday, December 12th at St. Mary’s Cemetery, Sacramento, with viewing from 12:00 – 1:00 p.m., mass/burial from 1:00 – 2:30 p.m., and reception to immediately follow. The family would like to thank Sutter Home Health Care, Arias Home Health Nursing Staff, Saylor Lane Healthcare Center, and Carlton Senior Living of Elk Grove for their professional and compassionate care during our time of need. In lieu of flowers, the family asks that donations be made to Angelo’s favorite charity, Disabled American Veterans (DAV). CA